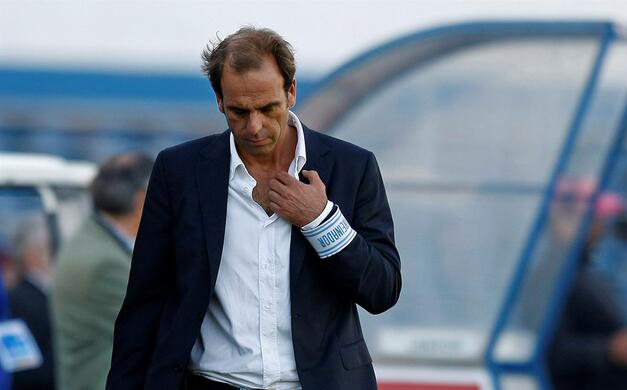 Portuguese coach Rui Gregório faces an exciting challenge in his long coaching career. He arrives in Ghana to reverse the sporting situation of one of his best teams, Berekum Chelsea, and also to transfer all his experience and knowledge to a football, the African, in continuous expansion and growth. Thanks to our platform and the work of the Youthage Strategic Organization – Sport Management & Consultancy based in Ghana, Rui Gregório has been able to start this new professional challenge. In this interview given to FutbolJobs, he evaluates our platform, tells us about his first days as a coach and addresses several issues of current world football news.

Since 2019 I have had contacts with an agent in Ghana and when I saw on FutbolJobs an offer to coach in the Ghana Premier League I sent my CV through the platform. At that time, the project wasn’t so attractive, but I resumed talks in November 2021 and arrived in Ghana on 1 February 2022.

It’s very physical football. They are good players, but tactically they are lacking. The matches are intense, some stadiums are in good condition, but others not so good. Now is the dry season, so the grass isn’t at its best. They’re players who like to learn, very polite and hard-working.

I mainly help them tactically and physically. They run a lot, but they have a lot to learn when it comes to occupying space. On many occasions the teams attack or defend without organisation, always playing fast football. And in physical work, they are used to working for three hours with long stops to drink water and change exercises. With our coaching staff, we have reduced this training time, with less rest time. These are just two examples. 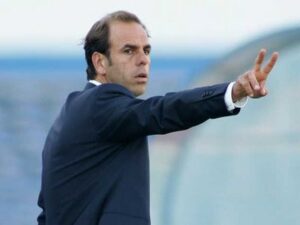 Technically, they aren’t that far apart. They have a mix of South American and European style, their problem is more the understanding of the game. But they learn quickly, they like to listen and in a few weeks they’re ready to play in any league.

As I said before, tactics and understanding of the game. In their football everything goes very fast. You also have to improve in proper nutrition, in having good pitches and also academies to train football. These are the big differences.

I’m an adventurous coach, it’s my lifestyle. I was a professional footballer for 18 years, so I love being in contact with the players and going to training sessions. I’m close to the players and I try to adapt to different countries and cultures. I learn in each country and get into their society. About other good or bad things about me, I prefer to be evaluated by others.

I don’t agree with the Super League. Football will be closed and only a few clubs will be able to move up and make money. Football is for everyone, clubs and people, poor and rich. Clubs should spend less, buy better, invest in scouts and stop wasting millions. I’m not talking about salaries, players deserve what they get. I’m talking about the big money transactions for many agents, chairmen, general managers, etc.

I don’t have references, but I have very good friends around me. I learn a bit from each of them, I take ideas and adapt them to my philosophy and what I want for our team.

As everybody knows, Portugal is a small country, most of the fans stay at home because of the high ticket prices and not so many people go to the stadiums. We have to invest in our young players and in cheaper markets. Compared to England and Spain, we’re equivalent leagues. With less money, but still working for the success of our clubs and players. Most coaches learn, work and have the ability to do much more with less resources. Very often the Portugal national team beats other national teams and also the clubs play head to head with the big teams in Europe.

The stadiums in Spain and England are full, the people are probably better paid. There is also better marketing, a great atmosphere in the stadiums, something that invites people to go to football also to enjoy the spectacle.

I like it. It’s useful. I have been able to work with the web platform for at least two and a half years. I went to many Leagues with agents, it’s true, but I came to Ghana through FutbolJobs and an agent.

Yes, of course I would. It’s a reasonable price for what you can get.