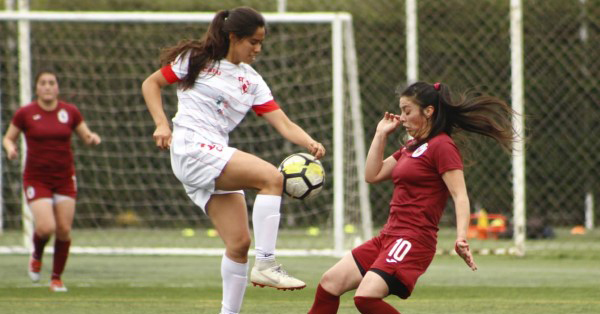 New success story for FutbolJobs. This time in women’s football. The user of our platform, Gladys Esquivel, has signed for WFC Tomiris-Turam, which competes in the Kazakhstan Women’s First Division. The Chilean player has been represented in this negotiation by DersGroup Agency.

Gladys’ career highlights include her time in Australia’s Queensland National Premier League, one of the most competitive women’s football leagues in the world. As she explained in an interview with the radio portal Nostálgica FM, the Chilean footballer sought in Oceania “a footballing growth and also on a personal level”. In her adventure and her progression as a player, Gladys had to overcome all the problems caused by the pandemic, confinement and restrictions. Little by little, she made her way in Australian football until she signed for Estern Pride Club. 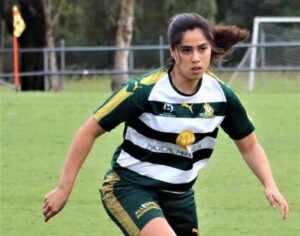 Her quality and her basic training in the Chilean youth teams made her stand out among many players who were very physical but not as technically gifted. Her big dream is to be able to play for her country’s national team: “That’s why I’m going to keep working so that the fruits come and I can represent Chile. It’s the dream of any athlete.

Gladys Esquivel is an attacking player who stands out for her quality, teamwork and good vision. She occupies the midfield position and can play on either flank, with a good eye for goal.

His two years in Australia improved his fitness and enhanced his potential. Before joining Kazakhstan, he played for Club Deportes Copiapó in Chile’s Segunda División (2017/2019), Australian side Carina FC (2020/21) and Western Pride.

From FutbolJobs we wish Gladys the best of luck in her new professional adventure, convinced that her quality and determination will allow her to fulfil all her dreams.