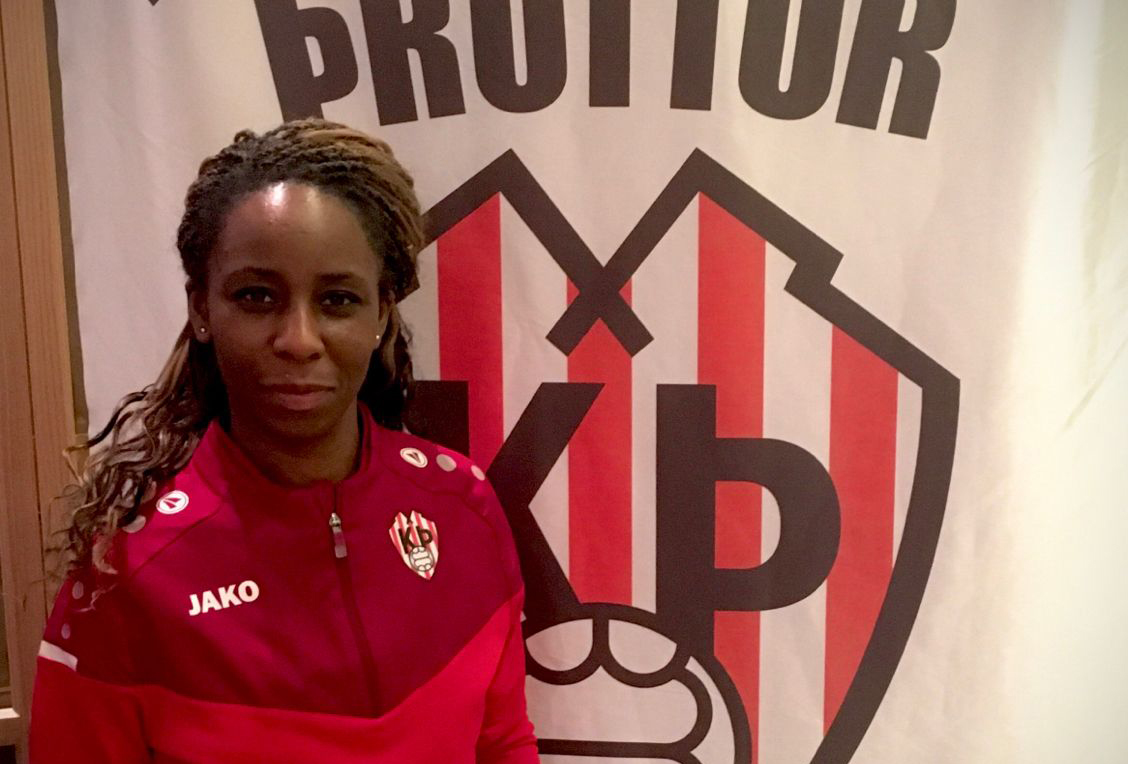 Today we want to tell you the success story of one of our users, Helen Lorrain NKwocha, a professional coach who has made history in UEFA football. In 2021, Helen became the first professional coach of a men’s club, Tvoroyrar Boltfelag, one of the oldest and most important clubs in the country. At the end of her professional relationship with this team and thanks to FutbolJobs, Helen has joined Þróttur Reykjavík in Iceland, where she manages the U14 and U19 teams, focusing her work on developing the talent of the club’s young players.

Before coming to Iceland and becoming Tvoroyrar Boltfelagdel’s first coach, she took her first professional steps in Shanghai, California and Chicago. Her personal story is an example of self-improvement and perseverance. Helen is a police officer and worked for fifteen years in the London Metropolitan Police. But football is her passion, and she made the brave and bold decision to leave her job to fulfil her dream of becoming a professional coach. 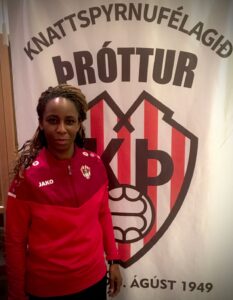 In an interview with the BBC, the FutBolJobs user admitted that “I didn’t feel the fire in my belly in the job I was doing, nor did I feel the same passion for the job that paid the mortgage as I did for football”. “It was a difficult decision and a lot of people were surprised,” Helen said.

When she decided to make her passion her way of life, Helen Lorrain sold her house and started working at Harlow Town football club. And from there, she began her adventure in the Faroe Islands, making headlines in Europe by breaking barriers and becoming the first female coach of a professional men’s team.

Now, boosted by FutbolJobs, Helen continues to work on her dream. One of her specialities is the training of young talents and it’s this work that has brought her to Iceland. We’re convinced that, with her personality and qualifications, she’ll be a great reference for the young talents of Þróttur Reykjavík. Good luck, Helen, in your new professional challenge.